Page 74
Or, A Solemn Entreaty to Receive the Saviour and His Gospel in this Day of
Mercy John Flavel. against Jacob , but wanted opportunity , and therefore was
forced to delay the execution of his wrath until the days of mourning for his father
were ...
Page 75
his wrath against some , who , alas , must feel it at last ; but he delays the
execution of his wrath in a design of mercy towards others , that they may never
feel it . Isa . 48 : 8 , 9 . Thus he bears with his own elect all the years of their lives
wherein ...
Page 350
For which cause the wrath of God was revealed from heaven against them , as
the text speaks . Wherein we notice , 1 . Here is a clear and dreadful revelation of
divine wrath , “ the wrath of God is revealed from heaven ; " ópyn Osov , the ...
Page 351
If the wrath of a king be as the messenger of death , what is the wrath of the great
and terrible God ? This wrath is here said to be revealed , discovered , or made
manifest ; and so it is in various ways . It was revealed to them by the light of ...
Page 376
THE WRATH OF GOD IS REVEALED FROM HEAVEN AGAINST ALL
UNGODLINESS AND UNRIGHTEOUSNESS OF MEN , WHO ... of convictions , or
holding the truths of God in unrighteousness , so DREADFULLY INCENSES HIS
WRATH .
Next » 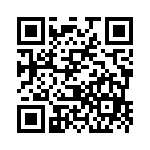