Dramatist Eugene O'Neill was an intensely private man, and this 1989 collection of 600 selected letters offers a rare glimpse into his secluded life. The volume is divided into chronological sections ... Read full review

Eugene O'Neill was born in New York City on October 16, 1888, the son of popular actors James O'Neill and Ellen Quinlan. As a young child, he frequently went on tour with his father and later attended a Catholic boarding school and a private preparatory school. He entered Princeton University but stayed for only a year. He took a variety of jobs, including prospecting for gold, shipping out as a merchant sailor, joining his father on the stage, and writing for newspapers. In 1912, he was hospitalized for tuberculosis and emotional exhaustion. While recovering, he read a great deal of dramatic literature and, after his release from the sanitarium, began writing plays. O'Neill got his theatrical start with a group known as the Provincetown Players, a company of actors, writers, and other theatrical newcomers, many of whom went on to achieve commercial and critical success. His first plays were one-act works for this group, works that combined realism with experimental forms. O'Neill's first commercial successes, Beyond the Horizon (1920) and Anna Christie (1921) were traditional realistic plays. Anna Christie is still frequently performed. It is the story of a young woman, Anna, whose hard life has led her to become a prostitute. Anna comes to live with her long-lost father, who is unaware of her past, and she falls in love with a sailor, who is also unaware. When Anna finds the two men fighting over her as though she were property, she is so angry and disgusted that she insists on telling them the truth. The man she loves rejects her at first, but then later returns to marry her. Soon O'Neill began to experiment more, and over the next 12 years used a wide variety of unusual techniques, settings, and dramatic devices. It is no exaggeration to say that, virtually on his own, O'Neill created a tradition of serious American theater. His influence on the playwrights who followed him has been enormous, and much of what is taken today for granted in modern American theater originated with O'Neill. A major legacy has been the nine plays he wrote between 1924 and 1931, tragedies that made heavy use of the new Freudian psychology just coming into fashion. His one comedy, Ah, Wilderness (1933), was the basis for the musical comedy, Oklahoma!, itself a groundbreaking event in American theater. O'Neill later began to write the intense, brooding, and highly autobiographical plays that are now considered to his best work. The Iceman Cometh (1946) is set in a bar in Manhattan's Bowery, or skid-row district. In the course of the play, a group of apparently happy men are forced to recognize the true emptiness of their lives. In A Long Day's Journey into Night (1956), O'Neill examines his own family and their tormented lives, a subject he continues in A Moon for the Misbegotten (1957). O'Neill's work was highly honored. He was awarded the Nobel Prize for literature in 1936 and Pulitzer Prizes for Anna Christie, Beyond the Horizon, Strange Interlude (1928), and A Long Day's Journey Into Night, which also received the New York Drama Critics Circle Award. O'Neill died in Room 401 of the Sheraton Hotel on Bay State Road in Boston, on November 27, 1953, at the age of 65. He was also born in a hotel room in Times Square, NYC.

Jackson R. Bryer is a professor of English at the University of Maryland, where he has primarily taught courses in twentieth-century American fiction, American drama, and modern drama, at the undergraduate and graduate levels, for four decades. Among the several books he has authored, edited, or co-edited are French Connections: Hemingway and Fitzgerald Abroad, Approaches to Teaching Fitzgerald's The Great Gatsby, Dear Scott/Dear Max: The Fitzgerald-Perkins Correspondence, and Dear Scott, Dearest Zelda: The Love Letters of F. Scott and Zelda Fitzgerald. For eight years he contributed the chapter on Fitzgerald and Hemingway to American Literary Scholarship: An Annual. He served on the Board of Directors of the Ernest Hemingway Society/Foundation from 1992-94 and from 1997-2005. He currently serves on the Board of Advisors for the edition of Hemingway's complete correspondence. 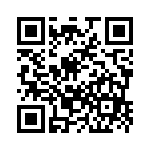