"For the truth is that you can never simply 'go back', to home or to anywhere else. When you get 'there' the place will have moved on just as you yourself will have changed. And this of course is the ... Read full review 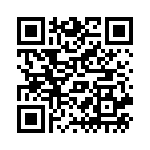