Page 19
But the appeal of the country house as an image was not only social , political , moral and emotional , but also aesthetic : as architecture it had the structural qualities to which poets responded . It was built as they saw the world ...
Page 130
... “ The social tear would rise , the social sigh ; / And , into clear perfection , gradual bliss , / Refining still , the social passions work ' ( 356–8 ) ; and , finally , directly after , to a consideration of the sins , rather than ...
Page 137
Richardson's novel was written partly as a panegyric on that Puritan mode of conduct which , taking its light from the promptings of the individual soul , flies in the face of what is considered ' normal or social behaviour .

9 other sections not shown 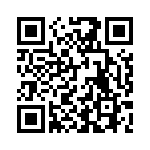