Page 124
There are many things , I suppose , that in my background would point to , ah ,
facing up to death in the family . And then , there ' s ah , ah , physical fatigue that '
s been piling up for years . I was married in ' 40 when I was still in school , and my
...
Page 125
Richard D. Chessick. pered in school , my husband ' s job seemed to be a good
one , although he did have some personality clashes there , mainly , uh , the
adjustment of the non - white to the white research group was pretty tough , at first
.
Page 135
Ah , after the war there were immigrants to Canton by the thousands — ah , we
were raised in that Italian community . There were a few Negroes there , but they
were unfamiliar to me until I grew up to be about nine or ten years old . My father
... 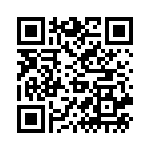