Page 2
... provide paleogeographic reconstructions ; and , we may infer the relative
positions of land and water , the shorelines , perhaps the width of the shelf , and
also the relative locations of some land features such as mountains , river valleys
...
Page 60
Relative sealevel changes can result from global - scale effects such as those
resulting from glacial / non - glacial transitions during the Quaternary or from the
effects of local or regional tectonic activity In general , periods of relative high
stand ...
Page 102
Amphibole , epidote , kyanite , sphene , and staurolite , all present at shallow
burial depths , are absent in the same age sandstones at depths approaching
3000 m , and garnet was markedly reduced in abundance relative to stable
grains . 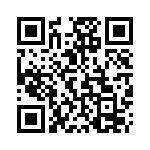