This book is indeed a treasure-trove of aspects of nineteenth century experimental physics. Brewster was quite a polymath: as well as undertaking wide-ranging superb experimental investigations, especially in OPTICS, he strove endlessly to improve the awareness of and support for science. The style is, of course, quite dated, but will reward the persevering reader.
It is worth mentioning here a closely-related publication: " ' Martyr of Science'; Sir David Brewster 1781-1868", ed. A D Morrison-Low and J R R Christie: Royal Scottish Museum Studies - 1984. (ISBN 0 900733 29 2) This presents the proceedings of the (Edinburgh) Brewster Bicentenary Symposium, 1981. Again, a valuable treasure-trove, with a thorough bibliography and catalogue of scientific apparatus.
I confess a personal affinity with Brewster and his Kaleidoscope: I have derived a novel and accessible visualisation of the kaleidoscope for the GENERAL dihedral (inter-mirror) angle: i.e. not just the "classic" even-aliquots of the circle. Brewster described the "ambiguity" of the final image-sets (my term) as having "an imperfect junction". In fact, the final images seen depend critically on the eye-position: the final image seen at any angular position depends on the (exit-) mirror through which it is viewed - the visible final images are in fact "selected" by the viewing position. The "odd aliquot" cases with a general object are an exquisite test of the method.
Philip Bradfield

Page 9 - DAVY'S (SiR HUMPHRY) Consolations in Travel; or, Last Days of a Philosopher. Fifth Edition. Woodcuts. Fcap. Svo. 6s. — Salmonia ; or, Days of Fly Fishing. With some Account of the Habits of Fishes belonging to the genus Salmo. Fourth Edition. Woodcuts. Fcap. Svo. 6s. DENNIS' (GEORGE) Cities and Cemeteries of Etruria ; or, the extant Local Remains of Etruscan Art.
Appears in 267 books from 1828-2005
Page 1 - Fcap.Svo. 4s. Pathological and Practical Researches on the Diseases of the Stomach, the Intestinal Canal, the Liver, and other Viscera of the Abdomen.
Appears in 264 books from 1823-2007
More
Page 19 - JESSE'S (EDWARD) Visits to Spots of Interest in the Vicinity of Windsor and Eton.
Appears in 212 books from 1835-2001
Page 5 - More Worlds than One. The Creed of the Philosopher and the Hope of the Christian.
Appears in 779 books from 1809-2007
Page 22 - LUSHINGTON'S (MRs.) Narrative of a Journey from Calcutta to Europe, by way of Egypt. Second Edition. Post Svo. Ss. 6d. LYELL'S (SiR CHARLES) Principles of Geology; or, the Modern Changes of the Earth and its Inhabitants considered as illustrative of Geology. Ninth Edition. Woodcuts. Svo. 1Ss. Manual of Elementary Geology ; or, the Ancient Changes of the Earth and its Inhabitants illustrated by its Geological Monuments.
Appears in 252 books from 1820-2004
Page 12 - Handbook of Architecture. Being a Concise and Popular Account of the Different Styles prevailing in all Ages and Countries in the World. With a Description of the most remarkable Buildings.
Appears in 311 books from 1740-2007
Page 29 - History of Rome. From the Earliest Times to the Establishment of the Empire. With the History of Literature and Art.
Appears in 423 books from 1829-2007
Page 27 - PENROSE'S (REV. JOHN) Faith and Practice; an Exposition of the Principles and Duties of Natural and Revealed Religion. Post Svo. 8s. 6d. - (FC) Principles of Athenian Architecture, and the Optical Refinements exhibited in the Construction of the Ancient Buildings at Athens, from a Survey. With 40 Plates. Folio.
Appears in 259 books from 1803-2007
Page 6 - BURGHERSH'S (LORD) Memoir of the Operations of the Allied Armies under Prince Schwarzenberg and Marshal Blucher during the latter end of 1Si3—14. Svo. 21s. Early Campaigns of the Duke of Wellington in Portugal and Spain.
Appears in 179 books from 1822-2007
Page 1 - Medal, the reflectors were in some cases inclined to each other, and he had occasion to remark the circular arrangement of the images of a candle round a centre, or the multiplication of the sectors formed by the extremities of the glass plates. In repeating, at a subsequent period, the experiments of M. Biot on the action of fluids upon light, Dr B.
Appears in 20 books from 1817-2004
Less 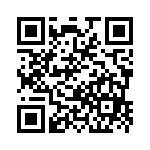