Kathy Charmaz is Professor of Sociology and Director of the Faculty Writing Program at Sonoma State University.nbsp; In the latter position, she leads seminars for faculty to help them complete their research and scholarly writing.nbsp; She has written, co-authored, or co-edited fourteen books including Good Days, Bad Days: The Self in Chronic Illness and Time, which won awards from the Pacific Sociological Association and the Society for the Study of Symbolic Interaction.nbsp; The first edition of Constructing Grounded Theory received a Critics' Choice Award from the American Educational Studies Association. nbsp;It has been translated into Chinese, Japanese, Korean, Polish and Portuguese and two more translations are underway. A co-edited four-volume set, Grounded Theory and Situational Analysis, with senior editor, Adele Clarke, just came out as part of the Sage Benchmarks in Social Research series.nbsp; Another co-edited volume with Antony Bryant, senior editor, The Sage Handbook of Grounded Theory, appeared in 2007.nbsp; Professor Charmaz is a co-author of two multi-authored methodology books, Five Ways of Doing Qualitative Analysis: Phenomenological Psychology, Grounded Theory, Discourse Analysis, Narrative Research, and Intuitive Inquiry, which Guilford published in 2011, andnbsp;Developing Grounded Theory: The Second Generation, a 2009 publication with Left Coast Press.nbsp; She has also published articles and chapters on the experience of chronic illness, the social psychology of suffering, writing for publication as well as numerous papers on grounded theory and qualitative research.nbsp; Currently she is working on a text on symbolic interactionist social psychology and several papers on methods. Professor Charmaz has served as President of the Pacific Sociological Association, President and Vice-President of the Society for the Study of Symbolic Interaction, Vice-President of Alpha Kappa Delta, the international honorary for sociology, Editor of Symbolic Interaction, and Chair of the Medical Sociology Section of the American Sociological Association.nbsp; She has received the 2001 Feminist Mentors Award and the 2006 George Herbert Mead award for lifetime achievement from the Society for the Study of Symbolic Interaction. She lectures and leads workshops on grounded theory, qualitative methods, medical sociology, and symbolic interactionism around the globe. 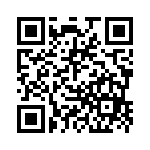