LYN COOPER HAS BEEN WRITING POETRY AND SHORT STORIES SINCE HER HIGHSCHOOL YEARS. SHE BEGAN WRITING AS A TEENAGER IN ORDER TO COMMUNICATE HER THOUGHTS AND FEELINGS AS A CHILD WHO HAD LIVED THROUGH A LOT OF ABUSE FROM FAMILY AND PEERS IN SCHOOL. LYN IS 45 YEARS OLD, AND HAS BEEN BLIND SINCE BIRTH DUE TO AN EYE DISEASE CALLED ROP. WHICH STANDS FOR RETINOPATHY OF PREMATURITY. THIS IS AN EYE DISEASE WHICH RESULTS FROM PREMATURE BIRTH, AND BEING PUT IN AN INCUBATOR AFTER THE BIRTH TO DEVELOP COMPLETELY. LYN WAS 3 MONTHS PREMATURE AND THE BLINDNESS IS CAUSED FROM THE OXYGEN GIVEN IN THE INCUBATOR AND THE BURNING OUT OF THE OPTIVE NERVES. LYN CONSIDERS THIS A DYNAMITE TESTIMONY, AS SHE WEIGHED IN AT 1 POUND 13 OUNCES AND RECEIVES JOY IN THE TELLING OF THIS BIT OF INFORMATION. LYN COMES FROM CINCINNATI OHIO, BUT ATTENDED SCHOOL AT THE OHIO STATE SCHOOL FOR THE BLIND FOR MOST OF HER LIFE. SHE NOW MAKES HER HOME IN TAMPA FLORIDA, IS A CUSTOMER SERVICE REPRESENTATIVE FOR VERIZON WIRELESS, AND HAS 2 GOLDEN RETRIEVER DOGS ONE CURRENTLY WORKING AS A GUIDE DOG AND THE OTHER ONE NOW RETIRED AND LIVING THE DOGGY LIFE OF LEISURE AS A MATURE LADY. LYN IS ALSO A SINGER AND HAS WRITTEN SEVERAL CHRISTIAN SONGS, 10 OF WHICH ARE ON HER JESUS IS MY SONG CD. LYN HOPES THAT THIS BOOK, JOY COMES IN THE MORNING WILL BOTH MINISTER TO THOSE WHO DO NOT KNOW THE LORD JESUS CHRIST, AND WILL TEACH THE SIGHTED WORLD A LITTLE ABOUT WHAT BLINDNESS IS ABOUT. 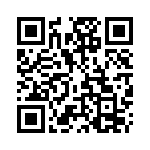