Ackerman theorizes that the U.S. actually had two constitutions: one written in 1787, and the other in 1800. The first constitution placed emphasis on the Congress, assuming that the country could ... Read full review

Great book - But maybe a bit overstated I very much enjoyed "The Failure of the Founding Fathers" by Bruce Ackerman. His research into the contemporary controversies and arguments made during the ... Read full review 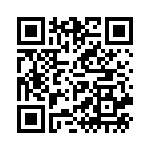