This selection from Locke was made by David Wooton, who includes as a hundred page Introduction a Ph.D. level analysis of the biography, role, and writings of Locke, as well as his own comments on ... Read full review

David Wootton is Anniversary Professor of History, University of York. His translations of Machiavelli (The Prince and Selected Political Writings), Thomas More (Utopia), and Voltaire (Candide and Related Texts) are also published by Hackett Publishing Company. 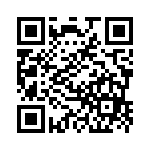