By the time I finished Brotherhood, I found the title ironic. Neither of the Chopra brothers focused much attention on their relationship. They wrote alternating chapters in this dual memoir, and I ... Read full review

I might be a little biased, but in this double autobiography, it was Deepak Chopra who kept my full attention. Apart from excelling at what he does, Deepak Chopra has that uncanny spark of appeal to a ... Read full review

DEEPAK CHOPRA, MD, is the author of more than 65 books including numerous New York Times bestsellers. ; DR. SANJIV CHOPRA is professor of medicine and faculty dean at Harvard Medical School, and the author of Leadership by Example . 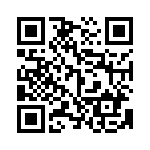