Page 49
His Son Jesus Christ our Lord , which was made of the Seed of David , according
to the Fles , and declared to be the Son of God with Power , according to the
Spirit of Holiness by the Refurrection from the Dead . Now some say , herć is a
plain ...
Page 50
... Inseparable Concomitants and Degrees of Justifying Faith .... Wherein Several
Cases are Resolved, and Objections Answe Obadiah Sedgwick. it pure , as well
as to distinguish it from the Holy Spirit , which is the third of the Sacred Three .
Page 135
there is not any Place in the New Testament where the miraculous Works of
Christ area = ' scribed to any distinct Godhead of his own , different from the
Godhead of the Father , or the Godhead of the Spirit of God that dwelt in him :
And ' tis not ...
Page 136
Now we can scarce suppose the highest Nature of Jesus Christ to be another
infinite Spirit diftinct from God the Father , without excluding it from Godhead by
these express Scriptures : but they may easily be explained to admit Christ ' s ...
Page 161
He must be some way the same God , or the same infinite Spirit with the Father ,
while he is also another distinct inferior Spirit , different from the Father . 8 .
Scripture does not teach us to conceive how this can be , but by so near an Union
bet ... 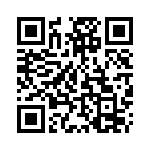