Carol Rawlings Miller is the author of the Heinemann title Strange Bedfellows. She has taught English for twenty-five years at the middle and secondary levels at Saint Ann's School in Brooklyn Heights, New York, as well as in Turkey, Ireland, and South Africa. She has been awarded grants from the National Endowment for the Humanities and the Time Warner Council for Basic Education. Carol earned a B.A. in English from Vassar College, and an M.A. in English from New York University. She has also studied at the New School and at the London Academy for Musical and Dramatic Arts in Shakespearean acting. She is the author of the best-selling 50 Writing Lessons That Work! as well as Irresistible Shakespeare. 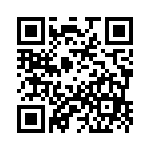