Page 79
They had learned that my mother died recently in a home. Inquiries had been
conducted at Marengo and the police informed that I'd shown "great callousness"
at my mother's funeral. "You must understand," the lawyer said, "that I don't relish
...
Page 80
For instance, on the day I attended Mother's funeral, I was fagged out and only
half awake. So, really, I hardly took stock of what was happening. Anyhow, I could
assure him of one thing: that I'd rather Mother hadn't died. The lawyer, however ...
Page 152
What difference could they make to me,,\ the deaths of others, or a mother's love,
or his God; or the way a man decides to live, the fate he thinks he chooses, since
one and ... at his mother's funeral, since it all came to the same thing in the end?

The book left a strange feeling in my head - can't put a finger on it even after a few days have gone by. It's something like this: how mere circumstances - if not judged or addressed precisely - can ... Read full review

This book is straight-forward. A trip into the mind of a man, who acts and thinks like a stoic; his journey through life is simple, basically because he does what he wants and doesn't care for much ... Read full review 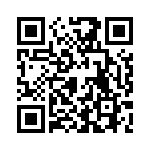