In 1903, W.C. Privy published The Original Bathroom Companion, making him the foreflusher of bathroom reading as we know it. Composed of jokes, stories, sayings, facts, and other quick-read articles, the Companion made a big splash in the smallest room of the house. In his honor, Americans began calling the bathroom a "privy," while British fans adopted the term "W.C."

Thanks to a dissolute Privy descendant, Jack Mingo and Erin Barrett have obtained the rights to Privy's legacy and have created a modern new edition of the bathroom companion. Particularly well-suited for this task, Barrett and Mingo have written two dozen entertaining books including Just Curious, Jeeves, Doctors Killed George Washington, Dracula Was a Lawyer, Al Capone Was a Golfer, The Whole Pop Catalogue, and How the Cadillac Got Its Fins. Barrett and Mingo's column of fun facts can be read daily in the Minneapolis Star-Tribune. 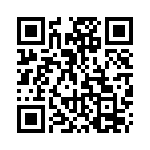