Page 16
When T.S. Eliot first arrived in London in August 1914 , he had lodgings at no . ... Pound thought Eliot's early verse , including Prufrock , was “ as good as anything I've seen , ” and helped to champion his work in England and America ...
Page 19
Eliot had a secure job which allowed him to concentrate on his writing . He published the work of writers he admired like James Joyce , Ezra Pound , Wyndham Lewis and later Auden , Spender , MacNeice , George Barker , Vernon Watkins ...
Page 20
Much to the annoyance of Virginia Woolf , Eliot transferred his own work to Faber , and when they published an edition of his poetry , including The Waste Land , which she had published in the Hogarth Press , she called Eliot shifty . 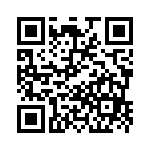