His clinical and scientific works focus on autoimmune and rheumatic diseases, and he has published more than 1750 papers in journals such as New Eng J Med, Nature, Lancet, Proc Nat Acad Scie, J Clin Invest, J Immunol, Blood, FASEB, J Exp Med, Circulation, Cancer and others. His articles have had over 35,000 citations. He has written more than three hundred and fifty chapters in books, and has authored and edited 25 books, some of which became cornerstones in science and clinical practice, such as "The Mosaic of Autoimmunity", "Infections and Autoimmunity" and the textbook "Autoantibodies" and "Diagnostic criteria of autoimmune diseases", all of which were published by Elsevier and sold by the thousands.

He is on the editorial board of 43 journals in the field of rheumatology and autoimmunity and is the founder and the editor of the IMAJ (Israel Medical Association Journal) the representative journal of science and medicine in the English language in Israel, and also is the founder and Editor of the "Autoimmunity Reviews" (Elsevier) (Impact factor 7.9) and Co-Editor of "Journal of Autoimmunity" (Impact factor 8.1). He has organized over 20 international congresses in autoimmunity.

Prof. Shoenfeld received the EULAR prize in 2005, in Vienna, Austria: "The infectious etiology of anti-phospholipid syndrome". He has received a gold medal from the Slovak Society of Physicians for his contribution to Israel – Slovakia collaboration (March 2006), and is honorary member of the Hungarian Association of Rheumatology. In UC Davis, USA, Dr. Shoenfeld received the Nelson's Prize for Humanity and Science for 2008. In 2009 he was honored as Doctoris Honoris Causa, from Debrecen University (Hungary), and from 2009 he is honorary member of the Slovenian National Academy of Sciences. He has recently been awarded a Life Contribution Prize in Internal Medicine in Israel, 2012 as well as the ACR Master Award in 2013.

Prof. Shoenfeld has educated a long list of students (>25) being heads of departments and institutes.

Nancy Agmon-Levin, MD is a senior lecturer at the Sackler Faculty of Medicine of the Tel-Aviv University. She is a graduate of Hadassah medical school in Jerusalem, Israel. Dr. Agmon-Levin has completed her residency in Internal Medicine and fellowship in allergy and clinical immunology at the Kaplan medical center in Israel. During the last 6 years she has worked as a senior physician and a scientist as well as the deputy head of the Zabludowicz Center for Autoimmune Diseases at the Sheba Medical Center in Israel. Dr. Agmon-Levin is the president of the Israeli association for Allergy and clinical immunology.

Dr. Agmon-Levin is active in research, training, education and patient care. She has over 100 peer reviewed publications mainly focusing on various fields of autoimmunity research, autoantibodies, roles of vitamin D, hormones and environmental factors as infectious agents and vaccines in the pathogenesis of autoimmune diseases.

Noel Rose was born in Stamford, Connecticut. He attended Yale University for his undergraduate education followed by the University of Pennsylvania for a Ph.D. and State University of New York at Buffalo for an MD. He was a member of the faculty of the State University of New York at Buffalo School of Medicine for a period of 20 years, rising through the ranks to become a professor of Microbiology and Medicine, Director of Clinical Laboratories and Director of the Center for Immunology. He then spent ten years at Wayne State University School of Medicine where he chaired the Department of Immunology and Microbiology. In 1981, he joined the faculty of Johns Hopkins University as chairman of the Department of Immunology and Infectious Diseases. He presently holds professorial appointments in the Departments of Pathology, Molecular Microbiology and Immunology, Medicine and Environmental Health Sciences at The Johns Hopkins University and directs the Center for Autoimmune Disease Research. Dr. Rose’s original investigations on the autoimmune basis of thyroid disease in 1956 opened the present era of research on autoimmunity. He has since investigated many areas of autoimmunity and related issues in clinical and basic immunology. Dr. Rose is the author or co-author of over 800 scientific papers and editor or co-editor of 24 books. He has received numerous honors, including two honorary doctoral degrees, election to fellowship in national or international societies, service in national and international organizations and editorial boards of leading journals. 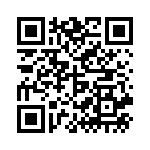