The author was born in 1949. He studied language and literature at Oslo University and worked for some years as a teacher at various levels before becoming an independent writer of novels and non-fiction. Among his books is a novel about the Italian painter Caravaggio, translated into English under the title "Doubting Thomas" [in German as "Caravaggio's Flucht"]. His biography of Galileo won the Brage Award for best Norwegian non-fiction book in 2001. Nćss' most recent work is a biography of the Norwegian painter Edvard Munch. 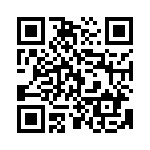