Love this book. I was lucky enough to read this right before I took a class on "Woman as Witch: Women in Literature." It ended up being a great companion text. Read full review

Sarah Appleton Aguiar is an assistant professor of English at Murray State University, where she teaches women's literature and contemporary literature. 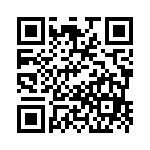