In 1656, Amsterdam’s Jewish community excommunicated Baruch Spinoza, and, at the age of twenty–three, he became the most famous heretic in Judaism. He was already germinating a secularist challenge to ... Read full review

REBECCA NEWBERGER GOLDSTEIN is the author of Incompleteness: The Proof and Paradox of Kurt Gödel and of six works of fi ction. A fellow of the American Academy of Arts and Sciences, she has received many awards for her fiction and scholarship, including a John D. and Catherine T. MacArthur Foundation Fellowship. She lives in Massachusetts. 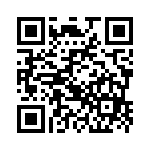