Michael D. Kirchhoff is Senior Lecturer in Philosophy at the University of Wollongong, Australia.

is Senior Researcher in Philosophy at the University of Amsterdam, the Netherlands. 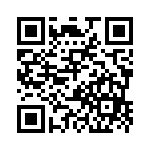