Page 41
After having treated the origin of simple ideas, Locke investigates the origin of
complex ideas. He undertakes to explain how, by combining simple ideas, then
by combining the results of those first combinations, and so on to the end, the ...
Page 119
The publication of Locke's Essay on the Understanding was followed by a rapid
development of skepticism, materialism, and atheism. Opposition to his system
was not, however, wanting ; it was early assailed in behalf of religion by Henry
Lee ...
Page 134
Hutcheson was led to his notion of a moral sense because, while, on the one
hand, he wished to oppose the selfish system and to maintain disinterested
morality, he yet, on the other hand, held the system of Locke, that all our simple
ideas are ... 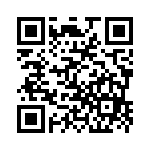