Michael McKeon is a professor in the Department of English at Rutgers University. He is the author of The Origins of the English Novel, 1600-1740, also available from Johns Hopkins. 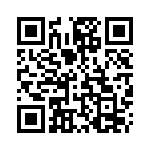