Page 223
While at Oxford , Einstein also wrote to an old Zionist friend , Stephen S . Wise ,
Rabbi of the Free Synagogue in New York and one of the earliest and most
active fighters in America against Nazism . At the time , Rabbi Wise was under
heavy ...
Page 448
A number of LatinAmerican countries , for instance , countries with single - crop
agricultural systems , are bound hand and foot to the American monopolies ,
which determine the prices of their produce . Such being the case , it is not
surprising ...
Page 684
... 120 America , Russia and the Bomb , 527 American Association of Scientific
Workers , 311 American Christian Committee for German Refugees , 262 , 662
American Committee for Émigré Scholars , 591 American Committee for
Intellectual ... 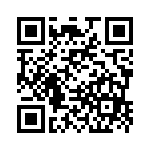