The Romans: from village to empire

In this scholarly yet readable account, historian Boatwright and others trace Rome's rise from a small village to a vast empire. They argue that warfare led to Rome's domination of the central and ... Read full review

Mary T. Boatwright is Professor of Ancient History in the Department of Classical Studies at Duke University. She is the author of Hadrian and the Cities of the Roman Empire and Hadrian and the City of Rome. Daniel Gargola is Associate Professor of History at the University of Kentucky, Lexington, and author of Lands, Laws, and Gods: Magistrates and Ceremony in the Regulation of Public Lands in Republican Rome. Richard J.A. Talbert is Kenan Professor of History and Classics at the University of North Carolina, Chapel Hill. A past president of the Association of Ancient Historians, he is the author of The Senate of Imperial Rome, and editor of the Barrington Atlas of the Greek and Roman World. 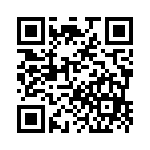