Page 158
The boys , who had not been sailing before , thought the two men incompetent ,
and altered their watches so that they would turn back in good time . “ The lame
leading the blind , ' was what Bob thought of it . Fred , however , was more
worried ...
Page 171
He would turn the rotors to read ' RTY . Then his job was to encipher , twice over ,
his own choice of rotor setting . That is , he would encipher ' WHJWHJ ' ,
producing say ' ERIONM ' . He would transmit ' ERIONM ' , then turn the rotors to '
WHỊ ' ...
Page 422
Appreciation held consequences for operations , which in turn were necessary
for more effective cryptanalysis . But the Operations actually happened , in the
war - winning , shipsinking physical world . It was hard to believe in Hut 8 , where
the ... 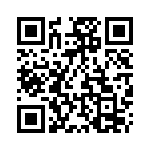