Page 119
... now living . They will think of our age as the Golden Age , the glorious morning
of the world . And I , for one , do not regret that fate has cast my life in it . IRVING
BABBITT [ Irving Babbitt , Professor of French Literature SIR JAMES JEANS 119.
Page 121
IRVING BABBITT [ Irving Babbitt , Professor of French Literature at Harvard , has
devoted many years to tracing Rousseau ' s influence on modern literature and
society , and has therefore deemed it appropriate to set forth his own beliefs in ...
Page 125
... humanistic - often mingle confusedly . From all the confusion , however , there
finally emerges a clear - cut issue - namely , whether humanitarianism , or , if one
prefers , the utilitarian - sentimental movement , has supplied IRVING BABBITT ... 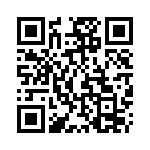