Page
6 And it came to pass at the end of forty days , that Noah opened the window of the ark which he had made ; 7 And he sent forth a raven , which went forth to and fro , until the waters were dried up from off the earth .
Page
... Here am I. 14 And he said to him , Go , I pray thee , see whether it be well with thy brethren , and well with the flocks ; and bring me word again . So he sent him out of the vale of Hebron , and he came to Shechem .
Page
8 And it came to pass in the morning that his spirit was troubled ; and he sent and called for all the magicians of Egypt , and all the wise men thereof : and Pharaoh told them his dream ; but there was none that could interpret them ...
Page
4 But Benjamin , Joseph's brother , Jacob sent not with his brethren : for he said , Lest peradventure mischief befal hiin . 5 And the sons of Israel came to buy corn among those that came : for the famine was in the land of Cangan .
Page
33 And they sat before him , the first - born according to his birth - right , and the youngest according to his youth : and the men marvelled one at another . 34 And he took , and sent messes unto them from before him : but Benjamin's ...
Next » 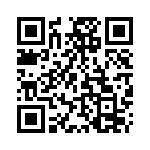