Page 46
However , when Romain Rolland ' s sister , Madeleine , in the name of the
Women ' s International League for Peace and Freedom , asked him to sponsor
an international summer seminar for young people in Italy , he replied , on
February 15 ...
Page 329
Italy ' s sad experience goes back to the collapse which it suffered , along with
other countries , after the First World War . ... not without world - wide approval ,
and to force Italy into an utterly alien path , one in contradiction to its entire history
.
Page 679
The old friend in Italy was Signora Ernesta Marangoni of Pavia . 18 . The article
for the visa symposium of the Bulletin of the Atomic Scientists was reprinted in lao
, p . 166 , under the title “ Symptoms of Cul tural Decay . ” The German text , used
... 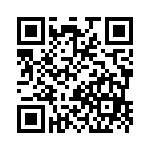