Page 49
Henry Owen , father was exercised with many perof the Doctor , was some time
plexing thoughts about his minister at Stadham in Oxford- spiritual state , which ,
with his shire , and reckoned a strict puri- outward troubles , threw him intan .
Page 162
If the ministers are visibly in ' good standing , INTERESTING QUERIES . have
been regularly introduced into their office , and have not Is it an act of Christian
and been regularly ejected from it , ministerial fellowship to sit in we are to treat
them ...
Page 203
Congregational ministers in this ATION . Or , cominonwealth are all perfectly 1 2.
He may obtain a dismist'oluntary . They are not re sion from the association , to
stricted to neighbourhoods , coun which he has belonged , and seek ties , or any
...
Page 204
New Broad Street , and was nu . lished in London on the sub . merously attended
. was then taken into consideraject of the general union of Congregationul
ministers and tion , and various sentiments on churches throughout England the
...
Page 315
From such a seminary rian errors in opinion and pracwould proceed pastors ,
who tice , to the mutual assistance of would feed the flock with the the ministers of
Christ , to the orsame heavenly food ; who would der , peace , and harmony of ...
Next »

Page 395 - For if the casting away of them be the reconciling of the world, what shall the receiving of them be, but life from the dead...
Appears in 1013 books from 1747-2008
Page 547 - They went out from us, but they were not of us ; for if they had been of us, they would no doubt have continued with us : but they went out, that they might be made manifest that they were not all of us.
Appears in 900 books from 1702-2008
More
Page 148 - AS the hart panteth after the water brooks, •** so panteth my soul after thee, O God. ' My soul thirsteth for God, for the living God : when shall I come and appear before God?
Appears in 783 books from 1775-2008
Page 546 - The Son of man shall send forth his angels, and they shall gather out of his kingdom all things that offend, and them which do iniquity, and shall cast them into a furnace of fire: there shall be wailing and gnashing of teeth.
Appears in 1130 books from 1744-2008
Page 21 - I will raise them up a prophet from among their brethren, like unto thee, and will put my words in his mouth. and he shall speak unto them all that I shall command him.
Appears in 855 books from 1792-2008
Page 391 - Behold therefore the goodness and severity of God: on them which fell, severity; but toward thee, goodness, if thou continue in his goodness: otherwise thou also shalt be cut off.
Appears in 971 books from 1689-2008
Page 394 - I say then, Hath God cast away his people? God forbid. For I also am an Israelite, of the seed of Abraham, of the tribe of Benjamin.
Appears in 694 books from 1755-2008
Page 504 - For whosoever will save his life shall lose it; but whosoever shall lose his life for my sake and the gospel's, the same shall save it.
Appears in 869 books from 1714-2008
Page 384 - Slaves cannot breathe in England ; if their lungs Receive our air, that moment they are free ; They touch our country, and their shackles fall.
Appears in 645 books from 1786-2008
Page 353 - As it is written, There is none righteous, no, not one: " There is none that understandeth, there is none that seeketh after God.
Appears in 557 books from 1802-2008
Less 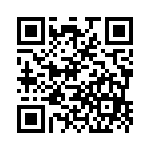