Patricia Jagentowicz Mills is Associate Professor of Political Theory at the University of Massachusetts at Amherst. She is the author of Woman, Nature, and Psyche (1987). 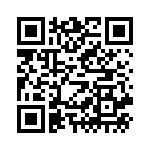