Page 30 - This is the excellent foppery of the world, that, when we are sick in fortune, — often the surfeit of our own behaviour, — we make guilty of our disasters the sun, the moon, and the stars: as if we were villains by necessity; fools by heavenly compulsion; knaves, thieves, and treachers, by spherical predominance; drunkards, liars, and adulterers, by an enforced obedience of planetary influence; and all that we are evil in, by a divine thrusting on: an admirable evasion of whoremaster man, to...
Appears in 466 books from 1800-2008

Pat Duffy Hutcheon, now retired, taught sociology at the Universities of Regina and British Columbia. She is also the author of A Sociology of Canadian Education, Building Character and Culture and The Road to Reason: Landmarks in the Evolution of Humanist Thought. Recently Pat Duffy Hutcheon was named “Canadian Humanist of the Year 2000.” 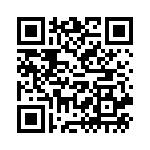