Great, quick read with useful examples of how centralized, command and control organizations can fail by assuming that engagement with distributed (or "cloud-based") entities can follow the same rules ... Read full review

A really interesting read on organizational structure and leadership. Traditional organizations are often hierarchical and authoritarian. Like spiders, if you cut off a leg (or department), it's ... Read full review

Ori Brafman is a lifelong entrepreneur. His adventures include a wireless startup, health food advocacy group, and a network of CEOs working on public benefit projects, which he co-founded with Rod Beckstrom. He holds a BA in Peace and Conflict Studies from UC Berkeley and an MBA from Stanford Business School.


Rod A. Beckstrom is a serial start-up entrepreneur. He founded CATS Software Inc, which he took public and has helped start and build other high tech firms. Rod has served on various private and nonprofit boards. He holds a BA and MBA from Stanford and is a Fulbright Scholar. 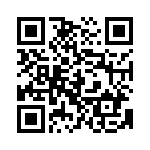