Page
It is sometimes used in its still preserving the form and proportion . natural state ,
and sometimes pulverized , The great use of the proportional com . washed , and
mixed with gum , and cast passes is the reduction of figures , & c . into moulds ...
Page
... occur in this rock : it sometimes exists in when the one not including the other is
large distinct globular , and sometimes ... is sometimes ritic and amygdaloidal .
stratified , but seldom contains any foreign The mountain masses themselves are
...
Page
ally : it also sometimes contains horn . the felspar predominates , and is of a
blende , actynolite , asbestos , serpentine , greenish colour ; whilst in sienite it is
red tale , steatite , tremolite , garnet , calcare- or reddish . 10. Topaz rock is
composed ... 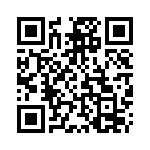