END THE BIGGEST EDUCATIONAL AND INTELLECTUAL BLUNDER IN HISTORY: A $100,000 Challenge to Our Top Educational Leaders

An authoritative examination into the collapse of the scientific method in American education and intellectual life, and the resulting collateral damage.Edmund writes with verve, and adds more than a ... Read full review

Norman Edmund's storied business career began in 1942 in a bedroom in his mother's apartment with $300 and a $9 classified ad. When he retired 33 years later, the internationally renowned Edmund Scientific Co. in Barrington, New Jersey occupied 69,000 square feet and distributed a million catalogs a year. For 15 years after his retirement, Edmund conducted specialized research of the scientific method. He spent more than $2.5 million in expenditures and time, including the purchase of more than 3,000 books. He has filled more than 16 file cabinets with relevant material. Having perhaps conducted more research into the topic than anyone else alive today, he uncovered a glaring mistake - the blunder - concerning academic and educational misunderstandings of the scientific method. His effort to promote interest in science has been praised by many, including legendary astronomer Carl Sagan and the pilot of Apollo 8, William Anders. 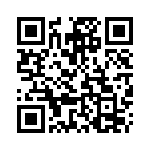