Read this just before leaving for Vietnam to re-visit places my husband was stationed, including Pleiku. Skimmed much of it, but even so found it quite vivid and moving. The trauma of a war arranged by politicians. Read full review

Lynda Van Devanter wrote Home before Morning, which was published approximately 13 years after she returned home from her war service, as a form of therapy. Lynda vividly shows the effects of the war ... Read full review

Lynda Van Devanter served as the National Women's Director of the Vietnam Veterans of America. She counseled other Vietnam veterans and conducted seminars around the country. Coping with ill health since her tour of duty in Vietnam, she died in November 2002 at age fifty-five. 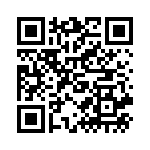