Louis G. Tassinary is a Professor of Visualization, Executive Associate Dean in the College of Architecture and member of the Interdisciplinary Faculty of Neuroscience at Texas A & M University. He has published in a wide variety of journals including Psychological Science, Proceedings of the National Academy of Sciences, Proceedings of the Royal Society B, Preservation Law and Research, and Environment and Behavior. He is a recipient of a National Science Foundation Presidential Faculty Fellowship and the Kadel Medal for Career Achievement, and a former secretary of the Society for Psychophysiological Research.

Gary G. Berntson is an Emeritus Academy Professor of Psychology at the Ohio State University. He has published over 200 peer-reviewed articles and has edited several books. He has served on numerous federal advisory committees (National Institutes of Health and National Science Foundation, as well as the Department of Homeland Security and the Department of Defence). He has served as a Board member, Secretary and then President of the Society for Psychophysiological Research. He was the recipient of Distinguished Teaching and Distinguished Scholar awards from the Ohio State University, and received the Paul D. MacLean Award for Outstanding Research in Neuroscience from the American Psychosomatic Society in 2013. 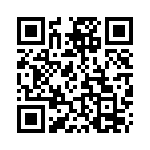