Page 38
Later Pope was to find this figure useful in making satirical thrusts , as this smash of the would - be wit in the fourth book of the Dunciad : Whate'er of mungril no one class admits , A wit with dunces , and a dunce with wits .
Page 131
Then the swift , run - on unit stops suddenly , quickly followed by the list of dunces , which makes two more pauses . Pope works an alliterative pun : “ worthy ” modifies in two directions ; it describes “ Vatican , " and because “ of ...
Page 139
her dunces to learn well the power of noise , noise without form and meaning : ' Now turn to diffrent sports ( the Goddess cries ) 2 And learn , my sons , the wondrous pow'r of Noise . To move , to raise , to ravish ev'ry heart , 4 With ... 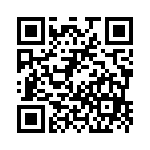