Page 390
It has been asserted that the government , being “ aware of his ( Scott's )
character and feelings , " would not confide in him farther than was necessary .
We will not stoop to the argument in this charge . We scorn to dabble in dirty
water , much ...
Page 410
Daniel Kimball Whitaker, Milton Clapp, William Gilmore Simms, James Henley
Thornwell. miles , advance by Guadalupe . Scott passed the Chalco road to
Ayotta , in order to deceive the enemy until his decision was matured . He at once
sent ...
Page 411
The value of this route must have been felt by Scott , and , of course , it was
ordered to be explored by spies , and knowledge was also acquired from
travellers . The result was , that it was believed to be difficult for heavy artillery . In
spite of this ... 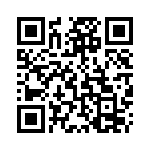