This is a great reference book. It contained up-to-date information on wireless networking in regards to QoS and with appropriate chapters management. Totally worth the price.

Sasan Adibi is currently a Technical Staff Member of Advanced Research at Research In Motion (RIM). He is also expected to graduate from University of Waterloo in 2010 with a Ph.D. degree from Electrical and Computer Engineering Department. He has an extensive research background mostly in the areas of Quality of Service (QoS) and Security. He is the first author of +25 journal/conference/book chapter/white paper publications. He also has strong industry experiences, having worked in numerous high-tech companies, including Nortel Networks and Siemens Canada.

Raj Jain is a Fellow of IEEE, a Fellow of ACM, a winner of ACM SIGCOMM Test of Time award, CDAC-ACCS Foundation Award 2009, and ranks among the top 50 in Citeseer's list of Most Cited Authors in Computer Science. Dr. Jain is currently a Professor of Computer Science and Engineering at Washington University in St. Louis. Previously, he was one of the Co-founders of Nayna Networks, Inc - a next generation telecommunications systems company in San Jose, CA. He was a Senior Consulting Engineer at Digital Equipment Corporation in Littleton, Mass and then a professor of Computer and Information Sciences at Ohio State University in Columbus, Ohio. He is the author of "Art of Computer Systems Performance Analysis,'' which won the 1991 "Best-Advanced How-to Book, Systems'' award from Computer Press Association. His fourth book entitled "High-Performance TCP/IP: Concepts, Issues, and Solutions," was published by Prentice Hall in November 2003.

Shyam Parekh is a Distinguished Member of Technical Staff in the Network Performance & Reliability department of Bell Labs at Alcatel-Lucent. He holds a PhD in Electrical Engineering (1986) and an MA in Statistics (1984) from UC Berkeley, and a BE in Electrical & Electronics Engineering (1980) from BITS, Pilani, India. He has worked and published extensively on performance optimization and architecture of broadband wired and wireless networks. He has also contributed broadly in the areas of novel analytical and simulation techniques. He has an ongoing affiliation as a visiting faculty with the EECS department of UC Berkeley. He has been the Co-Chair of the Application Working Group of the WiMAX Forum and a Principal Investigator for an NSF funded Future Internet Design (FIND) project. He is a Senior Member of IEEE and a member of the Alcatel-Lucent Technical Academy.

Mostafa Tofighbakhsh is a Principal Member of Technical Staff in the Radio Technology Architecture group Bell Labs at AT&T. He holds a JD (1995) and completed his Ph.D. requirements for electrical engineering & computer science at GWU(1990). He taught graduate courses from 1996- 2001 at various universities as an adjunct including GWU and Southeastern University. He chaired the WiMax Forum application working group forum 2004 ? 2009. He has contributed broadly in major technical conferences and he is currently involved in application performance studies and cross layer optimization and radio layer APIs. He is a Senior Member of ACM, IEEE and a member of many industry standard forums. [Editor] 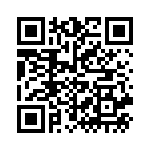