Anik Waldow is Associate Professor in the Philosophy Department at the University of Sydney. She mainly works in early modern philosophy and has published articles on the moral and cognitive function of sympathy, early modern theories of personal identity and the role of affect in the formation of the self, skepticism and associationist theories of thought and language. She is the author of Hume and the Problem of Other Minds (Continuum 2009), editor of Sensibility in the Early Modern Era: From Living Machines to Affective Morality (Routledge 2016), and co-edited Herder: Philosophy and Anthropology (OUP 2017). 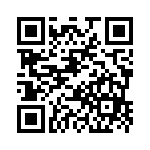