The Oxford dictionary of political quotations

Originally published in Great Britain and edited by British television writer and producer Jay, this book aims to present "a bank of political quotations which are part of the currency of political ... Read full review

From Panorama in 1956 to Annie's Bar in 1996, Antony Jay has spent 40 years travelling in the realms of government and politics as a television writer and producer. The journey has included the editorship of Tonight, writing the two royal television documentaries Royal Family and Elizabeth R,and many programmes with David Frost, including the twelve interviews with Harold Wilson in A Prime Minister on Prime Ministers. His insights into bureaucracy come from a year as a senior executive in BBC TV and two on a government committee, the Annan Committee on the Future of Broadcasting.However, he is best-known as co-author of Yes Minister and Yes Prime Minister. 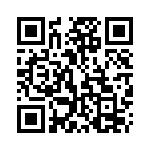