Robert Cummings teaches at the University of Glasgow. He is author of Spenser: The Critical Heritage (1970) and George Herbert: Language of Canaan. He has a special interest in translation and co-edits Translation and Literature. 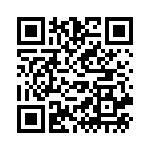