Page 54
In 1948, h< attempted to commit suicide. Over the next few years, more suicide at
tempts followed — how many is unclear. He tried slashing his wrists. H< joked
about hanging himself. The idea obsessed him. His father, alarmed arranged for
...
Page 55
One ought to prepare for the act of suicide "bit by bit, decorate it, arrange the
details, find the ingredients, imagine it, choose it, get advice on it, shape it into a
work without spectators, one which exists only for oneself, just for that shortest
little ...
Page 351
Yet even under such harrowing circumstances, Seneca's imaginary god holds
out a possiblity that a great many moralists (Kant, for one) simply rule out: namely
, suicide. "I have taken pains," says Seneca's imaginary god, "that nothing should
...

Foucault would hate this book, but the freak-reader will appreciate that the guy was a total freak (in both the best and worst ways). He sounds utterly histrionic and unbearable (repeated youthful ... Read full review

Being a neophyte Foucault researcher, a Professor at my university recommended this book as a good frame for viewing the rest of his work. Context is always valuable, but I am starting to feel that ... Read full review

Miller is Director of Liberal Studies and Professor of Political Science at the Graduate Faculty of the New School in New York City. 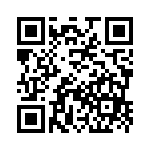