Page 216
ernment fewer than 130 days a year and matter to the attention of a direcare
therefore what the law calls “ spe - torate conflicts official . The conflicts cial
Government employees " . If you official will decide how the matter are such a
special ...
Page 233
12 ) ; and which are the matters on which representation is restricted ( 8682 . ...
You had " official responsibility " for a matter if you had direct authority to approve
, disapprove , or otherwise direct Government actions regarding that matter , and
...
Page 235
During your Government service , you may naturally represent your office , the
NSF , or the Government ( or anyone else , for that matter ) with other Federal
officials if the representation is part of your official duties . After your Government
...
Page 236
ethics counselor in the Office of the one in dealings with any other Federal
General Counsel . official on any matter under your offi( c ) Other “ matters " . The
current - em - cial responsibility or with which you ployee restriction and the one -
year ...
Page 249
committee action on the matter or have taken part in a Board or committee
discussion immediately preceding such an action . an ethics counselor in the
Office of the General Counsel before doing so . Members of the National Science
Board ...

You can guarantee I won't help you get out of the grave you dug yourselves at the sheriffs office now Sam craft, im sorry you spent 25,000 dollars

Page 278 - IRB activities, including the following: (1) Copies of all research proposals reviewed, scientific evaluations, if any, that accompany the proposals, approved sample consent documents, progress reports submitted by investigators, and reports of injuries to subjects. (2) Minutes of IRB meetings which shall be in sufficient detail to show attendance at the meetings; actions taken by the IRB; the vote on these actions including the number of members voting for, against, and...
Appears in 84 books from 1949-2007
Page 22 - ... statistical record" means a record in a system of records maintained for statistical research or reporting purposes only and not used in whole or in part in making any determination about an identifiable individual, except as provided by section 8 of title 13; and (7) the term "routine use...
Appears in 80 books from 1941-2005
More
Page 304 - Proscribed actions. An employee shall avoid any action, whether or not specifically prohibited by this subpart, which might result in, or create the appearance of : (a) Using public office for private gain; (b) Giving preferential treatment to any person; (c) Impeding Government efficiency < or economy; (d) Losing complete independence or impartiality; (e) Making a Government decision outside official channels; or (f ) Affecting adversely the confidence of the public in the integrity of the Government.
Appears in 57 books from 1949-1998
Page 120 - Department official that the matter be scheduled for hearing or (2) advise the applicant or recipient that the matter in question has been set down for hearing at a stated place and time. The time and place so fixed shall be reasonable and shall be subject to change for cause. The complainant, if any, shall be advised of the time and place of the hearing.
Appears in 60 books from 1907-1987
Page 278 - Suspension or termination of IRB approval of research. An IRB shall have authority to suspend or terminate approval of research that is not being conducted in accordance with the IRB's requirements or that has been associated with unexpected serious harm to subjects. Any suspension or termination of approval shall include a statement of the reasons for the IRB's action and shall be reported promptly to the investigator, appropriate institutional officials, and the Department or Agency head.
Appears in 51 books from 1949-2007
Page 625 - For the purpose of this section, a "just financial obligation" means one acknowledged by the employee or reduced to judgment by a court, and "in a proper and timely manner" means in a manner which the agency determines does not, under the circumstances, reflect adversely on the Government as his employer. In the event of dispute between an employee and an alleged creditor, this section does not require the Endowment concerned to determine the validity or amount of the disputed debt.
Appears in 87 books from 1949-1998
Page 262 - Private information" includes information about behavior that occurs in a context in which an individual can reasonably expect that no observation or recording is taking place, and information which has been provided for specific purposes by an individual and which the individual can reasonably expect will not be made public (for example, a medical record). Private information must be individually identifiable (ie, the identity of the subject is or may readily be ascertained by the investigator or...
Appears in 52 books from 1949-2008
Page 280 - ... a copy of the summary. A copy of the summary shall be given to the subject or the representative, in addition to a copy of the short form. (c) An IRB may waive the requirement for the investigator to obtain a signed consent form for some or all subjects if it finds either: (1) That the only record linking the subject and the research would be the consent document and the principal risk would be potential harm resulting from a breach of confidentiality. Each subject will be asked whether the subject...
Appears in 59 books from 1949-2007
Page 587 - Programs assisted under this Act shall not be carried on in a manner involving the use of program funds, the provision of services, or the employment or assignment of personnel in a manner supporting or resulting in the identification of such programs with (1) any partisan or nonpartisan political activity or any other political activity associated with a candidate, or contending faction or group, in an election for public or party office, (2) any activity to provide voters or prospective voters...
Appears in 33 books from 1949-1979
Page 261 - Labor). (f) Human subject means a living Individual about whom an investigator (whether professional or student) conducting research obtains (1) Data through intervention or Interaction with the individual, or (2) Identifiable private information. Intervention includes both physical procedures by which data are gathered (for example, venipuncture) and manipulations of the subject or the subject's environment that are performed for research purposes. Interaction includes communication or interpersonal...
Appears in 63 books from 1949-2008
Less 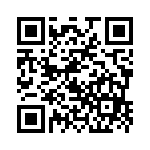