Robert Veatch is currently a professor of medical ethics at the Kennedy Institute of Ethics and professor of philosophy at Georgetown University. For ten years previously, he was on the staff of the Hastings Center (formerly the Institute of Society, Ethics, and the Life Sciences). Veatch was born in Utica, New York, and received a B.S. degree from Purdue University (1961), an M.S. from the University of California at San Francisco (1962), and a B.D. (1964), M.A.(1970), and Ph.D. (1971) from Harvard University. A lecturer and writer, Veatch is the author of many important books on ethical issues in biology and medicine. Veatch's areas of interest center on the relation of science to public policy, death and dying, and experimentation on human subjects. He has worked both to assemble numerous case studies and to advance general theoretical reflection in these areas. In A Theory of Medical Ethics (1981), he argues that current medical codes such as the Hippocratic Oath are too restrictive and lack sufficient support for comprehensive use in the medical profession. The solution, he argues, is that medicine can no longer be based on a professionally articulated code. Instead, Veatch proposes a "covenant" theory of medical ethics that resembles the traditional social contract of philosophers such as John Locke, Thomas Hobbes, and Jean-Jacques Rousseau. 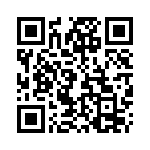