Herb Sennett retired from a thirty-five-year career as a college professor in 2016. He then turned his full-time attention to writing novels (historical and detective), screenplays, and self-help books on living life to its fullest. He is also an active participant in the public speaking circuit talking to people about finding the humor in everyday life.Herb is a story-teller in the classic sense weaving life lessons out of stories from his own experiences and those from reading and researching history. He turned to writing novels about anient Israel and ancient Greece. He also writes crime mystery novels along with his work writing for the two blogs and five websites he hosts.During a visit to Key West, Florida, he was inspired to write stories about the people who live there full time. That trip was the impetus for his first novel, Death on Duval Street, about a retired NYPD chief of detectives, Perry Savant, who is dying of HIV/AIDS yet finds the strength to find the killer of one of his close friends in the gay community. Then he wrote the second novel which recounts why Perry left the NYPD and solved a most perplexing crime spree in Miami where homeless men were being targeted and murdered.Herb's background includes teaching at several colleges, serving in combat in Vietnam as an infantry lieutenant, serving as a chaplain in the US Army Reserves for twenty-one years, traveling the USA from coast to coast and overseas, and raising two terrific children and one grand-son.As a result of his study in ancient Hebrew history, he wrote a factionalized novel based on the story of Deborah and Barak from the biblical book of the Judges titled The Reluctant General. He is currently working on another book in the same genre based on the story of Gideon.In 2003, Herb left full-time teaching to spend time as a part-time professor at Palm Beach State and Broward Colleges. At the same time he taught screenwriting for the Palm Beach and Miami Film Schools while starting a career as a novelist and author of self-help books on living life to its fullest.Herb has earned six university and seminary degrees and has spent more than forty years as an educator of young men and women in the areas of the communication and theatrical arts. He has produced nine short motion pictures, produced/directed three dozen theatrical productions, and written three plays and five screen plays. A prolific writer, Herb has trouble deciding what he wants to do when he grows up. 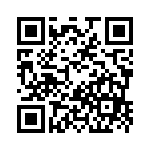