Murray Mednick founded the Padua Hills Playwrights Festival and the related playwright's workshop in 1978. He was honored with the American Theater Critic's Association's Best New Play Citation for Joe and Betty in 2002, and has received two Rockefeller grants, a Guggenheim Fellowship, an OBIE, and several Bay Area Critics Awards. Brooklyn-born, Mednick now lives in Los Angeles. 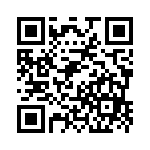