THE INVENTION OF HETEROSEXUALITY

Arguing that heterosexuality was invented, Katz (Gay America, not reviewed) traces the concept to its tenuous roots. Previous works have also sought to break down the dichotomy of homosexual (deviant ... Read full review

The invention of heterosexuality

Jonathan Ned Katz is the author of many books, including Gay American History and Love Stories: Sex Between Men Before Homosexuality, the latter published by the University of Chicago Press. 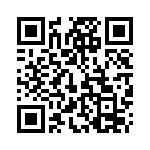